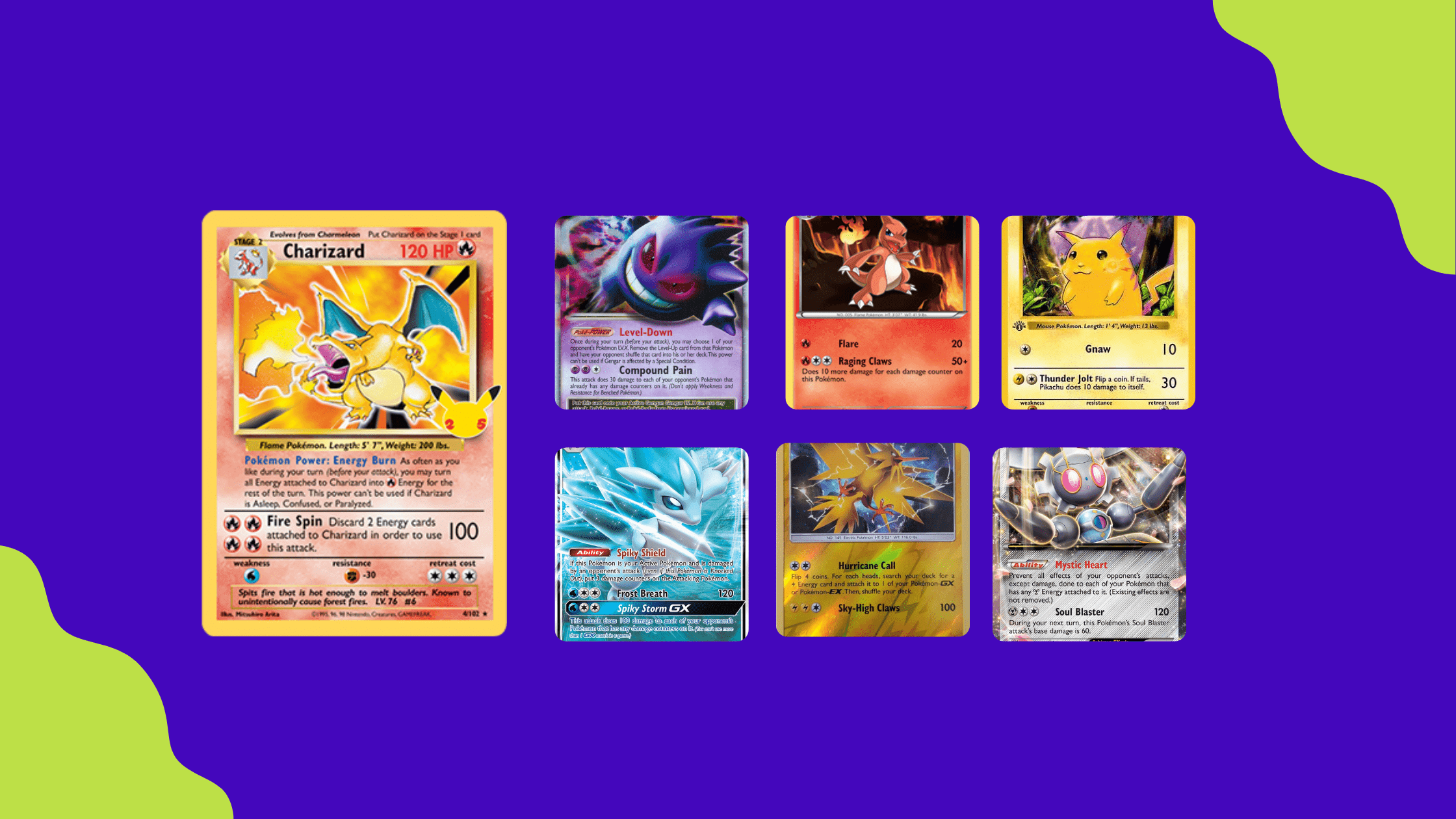 The Pokémon Trading Card Game (TCG) has been around for over 25 years and is still one of the most popular card games in the world. Playing the card game with Pikachu and his pals is a lot of fun, but if you’re interested in rare Pokémon cards for the joy of collecting and maybe to make some money, you need to know the rarity of the different Pokémon cards, so you can decide if you should sell or trade them in the future. This quick guide will explain all you need to know about the different types of rarity in the Pokémon Trading Card Game.

How rare is my Pokémon card?

The Pokémon TCG is designed around trading and rarity so it’s important to know the different rarities before you start opening booster packs to begin a collection. Thankfully, you can easily tell the basic rarity of your Pokémon cards by looking at the symbol shown after the card number in the bottom left or right portion of the card. The exact place varies by the card series and type, but they will always show the card’s number next to the number of total cards in the set. For example, card “23/100” is card 23 of a hundred card set.

The symbol that follows the card and set number shows the Pokémon card rarity. There are three main levels of rarity: Common, Uncommon and Rare. These rarities pre-date Pokémon as they were first used in the popular card game, Magic: The Gathering and are now used in other card games like Yu-Gi-Oh. The first two levels of rarity are simple, but they get more detailed when you get into the third level: Rare Pokémon cards. 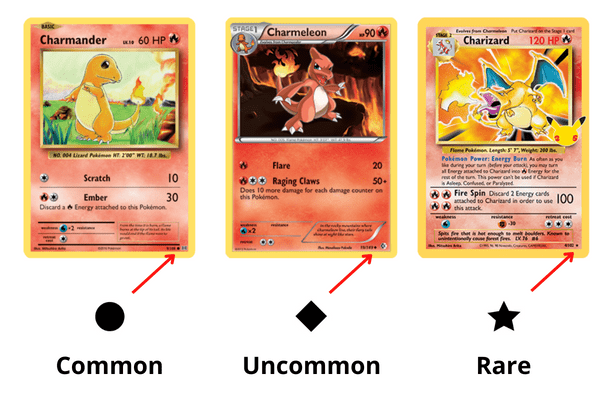 Common Pokémon cards can be identified by the black circle next to the card and set numbers. Most Common cards are standard Pokémon that have not evolved or Energy cards. Booster packs typically contain five or six Common cards. Some Common cards are even printed as Reverse Holofoil cards (see below for more), which can drive up their value a bit.

Uncommon Pokémon cards are marked with a black diamond next to the card and set numbers. This rarity level of cards includes most of the Trainer cards while the Pokémon are a mix of evolved and unevolved, and they usually come three to a booster pack. Like Common cards, Uncommon Pokémon cards sometimes come as Reverse Holofoil cards, which generally increases the value of the card.

While Rare Pokémon cards have black stars to show their rarity, that’s just the beginning of this category. Pokémon cards at this level of rarity are usually evolved, although they might be a breed that lacks an evolution path. This rarity also includes the most powerful Pokémon type for in-game play, Legendary Pokémon. Most boosters contain a single rare card, although a Rare Reverse Holofoil card might show up sometimes. If you do get a Holo, you got lucky and pulled an extra Rare Pokémon card. Congratulations!

What is a Rare Pokémon Card?

Rare Pokémon cards fall into one of these four types:

1. Regular Rare cards are simply marked with a black star and no additional markings.

2. Holofoil Rare cards have a black star as well, but the card art includes a Holofoil design. These cards are easy to spot as they have a shiny holo picture on them. Very few Rare Pokémon cards in a set are made with holo variants, so they are often sought by collectors and can end up being worth a lot of money. Reverse Holo Pokémon cards that are holographic on the non-art part of the cards also exist, even at the Common and Uncommon rarity levels. 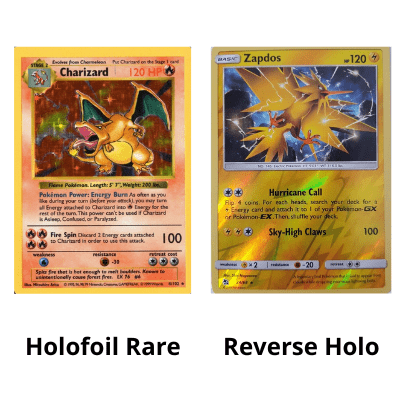 3. Ultra Rare are marked with the Rare black star, but they will have additions to their names (V, VMAX, EX) to tie them to a unique kind of card, game mechanic or set. These names typically develop over time as new versions of the Ultra Rare Pokémon card become available. All Ultra Rare Pokémon cards have a holographic shine on them. Their art is also special, covering either half or the full card. 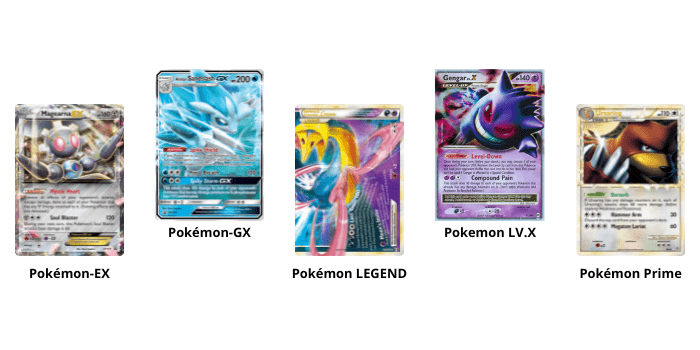 4. Secret Rare are exceptionally Rare cards that have a special number outside the regular numbers assigned to the set (for example, they will be 151/150). These cards are very rare to pull from regular booster packs and feature special art styles. They may also have some of the features of Ultra Rare cards, like additions to their name (like EX, GX), holographic images, or being printed as golden or rainbow cards. 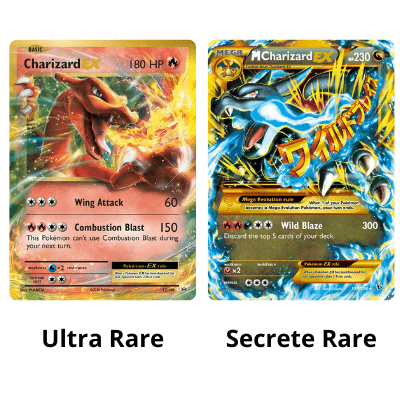 Some Pokémon cards are available through special promotions and offers. This makes their rarity less about what you pull from opening boosters and more about how many were created and how people could get them. 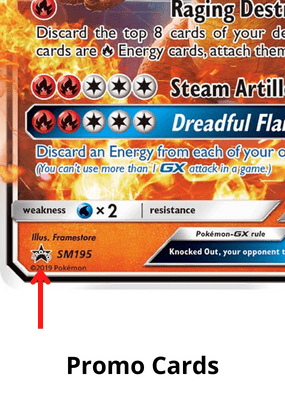 Individual Pokémon cards at the different rarity levels will vary in value. Keep in mind that, in addition to the rarity of a card, there are other factors that can affect a card’s value. While the majority of Pokémon card collectors don’t necessarily play the game, sometimes a card that is really powerful in-game will be worth more money, like the fan-favorite Charizard. Cards can become more valuable because Pokémon fans just like the creature, (Eevee, anyone?), and they may have become fans from the animated series, from the card game, from the video games, or the films (like the huge hit Detective Pikachu).

The Pokémon collecting hobby is rich with different types of cards to collect for both beginners and experts who have played the game for decades. Hopefully our guide helped you learn more about the different rarities of Pokémon cards so you know what to expect when you open a booster pack, or a whole box of them. When you are reviewing your cards, keep an eye on the different kinds of rarity so you have a sense of their value before you play with a holo Charizard that might be better off in your collection binder than on the game table.

Sign up and receive personalized deals for your next collectible.

When you click on links to various merchants on this site and make a purchase, this can result in this site earning a commission. Affiliate programs and affiliations include, but are not limited to, the eBay Partner Network.